It doesn’t take much for a back spasm to sneak up on me! This time I stooped to give the dog a treat; the time before that I was simply pulling on my boots. These once-per-year incidents are not a function of old age as I was only 29 when I had the first spasm. I was stooping in the garden picking beans.

Now, after three days in bed, dosed with ibuprofen, I got on my feet and strapped on my Back-A-Line back brace. I cinched it tight and locked the hook and loop pads with one easy stroke of my left hand. Still aching, I allowed myself a few fleeting moments of self-pity until the inevitable image of my Dad in his back brace popped to mind. I quickly stopped feeling sorry for myself.

His name was Emil, which is short for Aemilian. I never heard anyone call him Aemilian, not even his mother. The only place I had seen it written was on his birth certificate and 8th-grade diploma, his terminal educational degree. He was born in a farmhouse in 1910 and selected by his father, from among 6 siblings, to be the 4th generation farmer on land bought and cleared by his great-grandfather, a German immigrant.

By all measures, he was a successful farmer. He was a thoughtful decision maker, a frugal manager, had a deep faith in his God, and worked very hard. Not just hard, but long, despite his back spasms, kidney stones, rheumatoid arthritis, high blood pressure, a left hand with missing fingers, among several other ailments.

For his back he wore a thick leather belt about 10 inches wide that fastened with leather straps and four adjustable metal buckles. My mother sewed a cloth diaper pad on the inside of the belt for lumbar support. Before heading out for morning farm chores he would laboriously buckle his belt with his good right hand and the thumb and little digit of his left. For the next two weeks he would walk in a half stoop, carefully pull himself up on the tractor, and then painfully bounce across the cornfield for the next 8 hours. 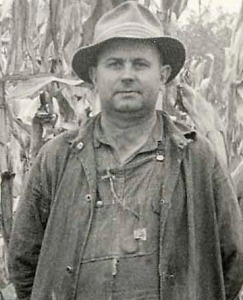 There was little he could do about the intense pain associated with passing kidney stones so he went about his chores just hoping the stone would pass with each urination. With him he carried a small sieve through which he peed so he could catch the offending critter. He kept them, several dozen, in a clear pill bottle. When he added another to the bottle, he would study them individually; he knew them all. Each had a backstory associated with where he was when it passed and the misery it put him through. Upon telling, he seemed surprisingly cheerful as though he was always the victor in the battle he had with each one.

He lived with his bad back, kidney stones, and his other ailments with little complaint and blamed neither God nor his relatives for these heritable maladies. He died at a too-young age of 62 not knowing he passed genes for his ailments, one each, among his children. By luck of the draw, I got the bad back.

Each time I cinch my Back-A-Line I think of what my Dad endured; not just his frequent back pain, but all the rest. I can live with his bad back; besides, it prompts me to remember him, fondly, for scores of other reasons. 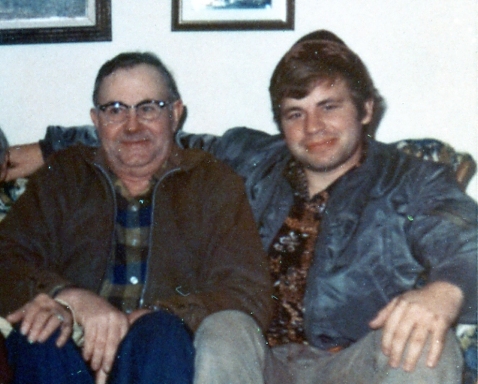