“We had no autumn season in the central Appalachian region of Virginia.” I heard that complaint a lot this past October and November. The grievance was not without merit. It seemed summer lasted well into October, then we got slammed with hard freezes in mid-November. But it was the 15 inches of snow that fell within a 12-hour period on December 8th that removed any vestige of autumn from anyone’s wishful imagination.

The autumn season was short this year, but there was a bit of color on the landscape.

Wow! Fifteen inches! That much snow means different things to different people. For me, it means to fill the bird feeder, throw an extra log on the fire, and hunker down with several books I’ve begun but never finished. For working-age folks, it means shoveling the driveway then dealing with the crazies who never learned to drive on snowy roads. 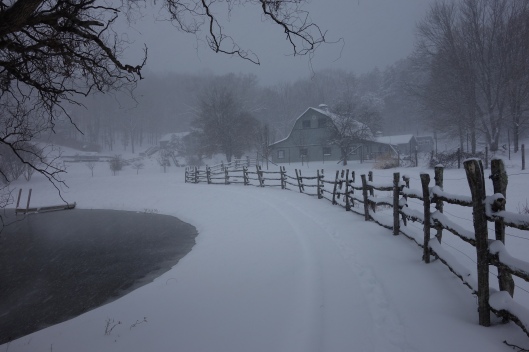 Just the beginning 5 inches; 10 more to go before the end of the day.

Of course, 15 inches of snow closed down the surrounding schools. The house phone rings; a mournful voice says: “Grandma, school is closed, Mommy and Daddy need to go to work. Please, can Clara and I come to the farm and play outside in the snow with Grandpa? We don’t want to go to childcare.” That was 8-year-old granddaughter Helen, the gregarious one. Her sister is ten, but the little one usually makes the call. “Sure, Honey, Grandpa will come and pick you up,” Grandma volunteered. “He’s just laying around the house.”

Building a snowman was first on their agenda. The snow was wet and perfect for rolling big snowballs. Their college-aged cousin, Cecelia, happened to be overnight at the house so she helped roll them really large, but too heavy to lift. It became clear that machinery was needed. 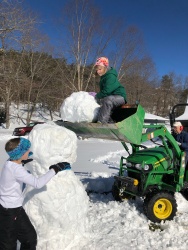 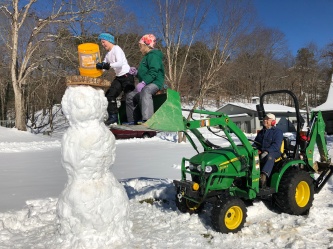 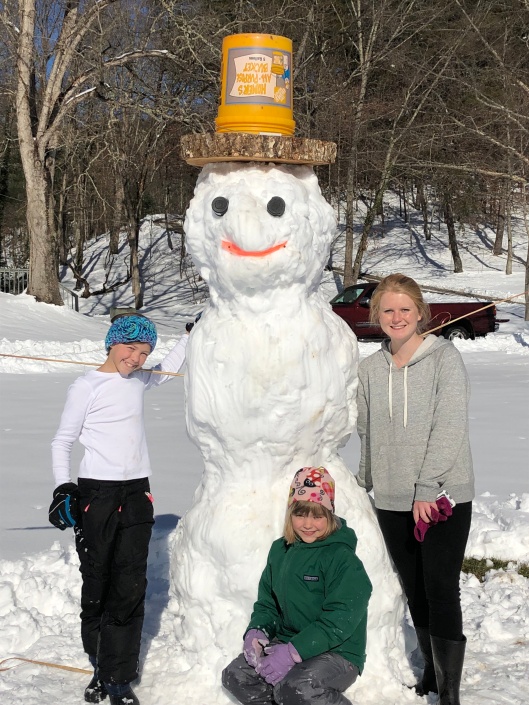 Clara, Helen, and Cecelia with Oakey the Snowman

After Oakey the Snowman was “brought to life,” sledding was next on the agenda. The sledding hill has two terraces perpendicular to the sled run. Hitting the second, most downhill terrace full speed sent the girls airborne. They were fearless, and they loved it. Grandpa got all tuckered out just sitting on the hill watching. Suddenly we heard a loud THUD! Oh no! Oakey the Snowman collapsed! 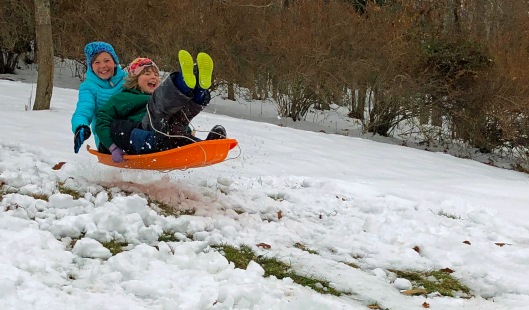 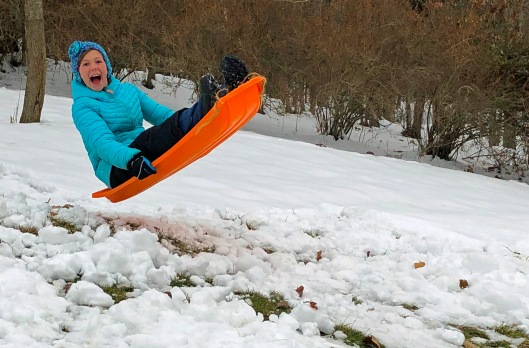 The sleds were fast; the jumps were high!

Warm weather the night after it snowed roused the wildlife from their dens. After tiring from sledding, the Honda ATV allowed us to chase animal tracks through the deep snow across hill and dale. Tracks were everywhere; deer, turkey, fox, raccoon, squirrel, mice, and some tracks left unidentified. 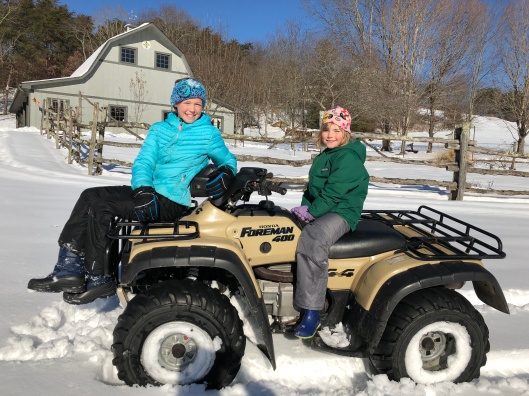 Thankfully, the afternoon light fades quickly this time of year. Grandpa was pooped. What he didn’t know is that school wouldn’t resume for two more days! The snow held on for repeats of our snowy activities. The day school resumed, the girls received a letter with a selfie:

I just wanted to let you know how happy I was when you built me out at the farm. I liked all the special touches like the big oak disk you used for my hat. However, the orange bucket was a little too showy for my taste; maybe you could use a black one next time.

I know I look very sad right now because I am melting into the ground. But don’t be sad for me. The next time it snows at the farm, I know that you will re-build me. That is the way it is with snowmen. We are immortal. We melt away after one snow, then when it snows again if we are lucky enough, the same kids that built us the first time can build us again. I am counting on you; please build me back the next time it snows! 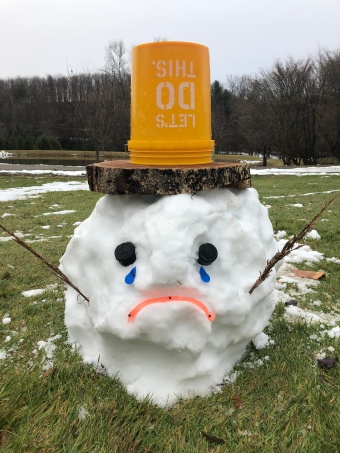 “I took this selfie to say goodbye. Love, Oakey”

I was really feeling good the other day after you finished me, but shortly thereafter I collapsed. I apologize for that, but you must admit that you built me with quite a bit of lean toward the pond. And it didn’t help that it warmed up to nearly 50 degrees!

Even though my head came crashing down, I could still watch you with one eye (the other one was buried in the snow). You girls looked great sledding down the hill. Of course, Helen didn’t look so good the time she ran into the tree before she really got started. Wow! Those jumps were high off the ground! Next time, see if you can talk your old Grandpa into sledding down the hill. That would be a sight to see.

By the time you read this note, I will have melted into the ground. However, I look forward to the next snow and the opportunity to be with you again. If it doesn’t snow in the next couple of weeks, have a great Christmas and holiday break. I hope you get lots of nice presents.

The next day, Oakey received a reply: 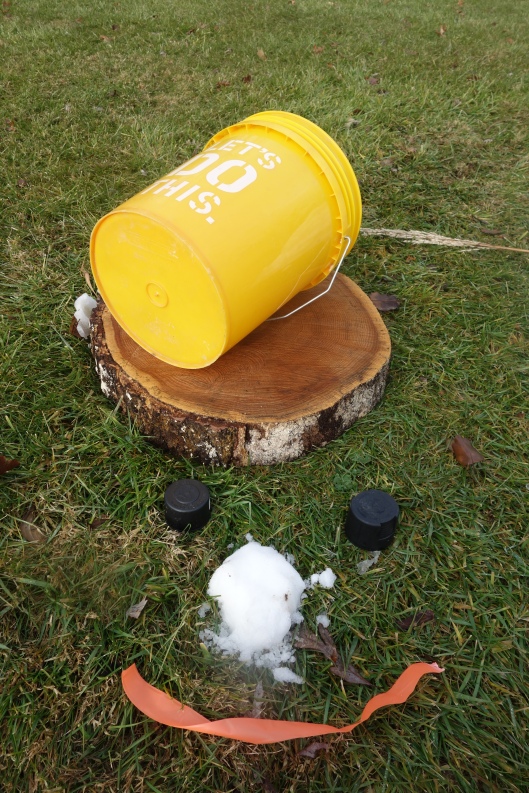 “To become a grandparent is to enjoy one of the few pleasures in life for which the consequences have already been paid.”
― Robert Brault

6 thoughts on “Clara, Helen, and Oakey the Snowman”