Richard, my riding buddy, caught the bug! We are now trying to visit as many National Park Sites as possible. The National Parks are wonderful. The Park Service does a great job curating and interpreting each site. Not just the biggies like Yellowstone, Glacier, and the Smoky Mountains, there are monuments, preserves, seashores, scenic rivers, battlefields, president’s homes, and other historic sites.

For us motorcycle riders, it gives us many intermediate destinations. It tests our navigation skills, and provides nice pit stops. Most importantly, it teaches a lot about fascinating things about our culture and country. Another attraction unique to some of us is that it provides a challenge to become members of an exclusive club, “World’s Toughest Motorcycle Riders” according to the Iron Butt Association.

Coast to coast in 50 hours; all 48 states plus Alaska in 10 days; USA four corners in less than 21 days; Prudhoe Bay Alaska to Key West Florida in less than 30 days. These are examples of challenges for membership as an official Iron Butt motorcycle rider. But there is another for old guys like us: The Master Traveler challenge, which entails visiting 50 National Parks in a minimum of 25 states within a year. Each park has a dated cancellation stamp to show that you had been there. Along the way, we see a color palate of landscapes: 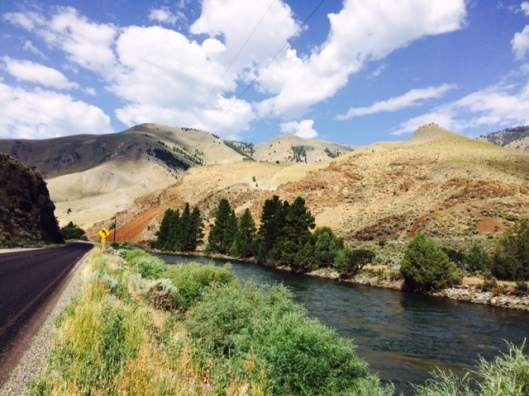 A great lake existed in western Wyoming 52 million years ago. It is gone today, but it left behind a wealth of fossils in lake sediments. The fossils are among the world’s most perfectly preserved remains of ancient plant and animal life. In 1972 Congress designated Fossil Butte National Monument to preserve the butte and its fascinating record of the past.

Fossil Butte National Monument, one of the richest fossil fields in the world.

Craters of the Moon National Monument preserves and interprets a vast lava field in the Snake River Valley in Southern Idaho. The vast volumes of lava welled up from the Great Rift to produce a vast ocean of rock. The most recent eruption occurred a mere 2,000 years ago, and geologists believe that future events are likely. The Monument lies near the town of Arco, Idaho, the first town with electricity generated from atomic power. 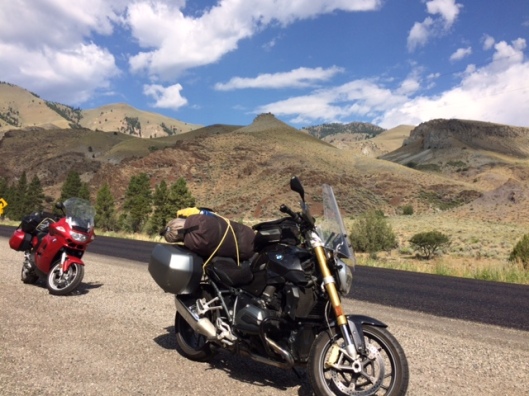 Craters of the Moon National Monument, a lake of lava.

Big Hole National Battlefield Park commemorates the five-month Nez Perce War fought during 1877. Like other Indian Wars in the late 1800’s, this war involved two groups with very different outlooks on land rights, civilian authority and government powers. The battlefield is near Wilson, MT. There is a modest but nice visitor’s center on the site of the final battle that tells the story of the harassment and scattering of the Nez Perce Tribe by government soldiers. 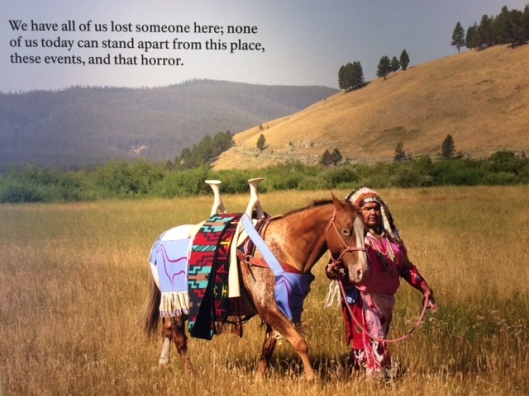 On the way from Salt Lake City to our first overnight in British Columbia, we visited these three great National Park sites in three different states, WY, ID, and MT. To those we can add our visits in IN, MO, KS, CO, and UT, so Richard is well on the way toward his Master Traveler and Iron Butt Award.

Two years ago I visited 72 parks in 38 states, so I already have the Iron Butt Award. My actual butt? Not as iron as I thought. I am enjoying my new Moto skiveez with the built-in cushion.